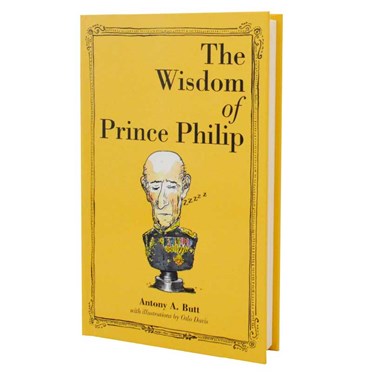 The Wisdom of Prince Philip Book

The Wisdom of Prince Philip

This compendium of quotes compiled by Anthony A. Butt, accompanied with fantastic illustrations by Oslo Davis is jam packed with gems that will have you tittering. Containing 112 pages of the Prince's finest wit, beginning with "Oh no, I might catch some ghastly disease." when asked if he wanted to stroke a koala on a visit to Australia, will have you chuckling from the get go.

Other highlights include... "I wish he'd turn that microphone off" when expressing his opinion on Elton John's Royal Variety performance in 2001. And, a comment to Jeremy Paxman that "Any bloody fool can lay a wreath at the thingamy".

This peek into the life Prince Philip is a wonderful tribute to the Royals that will have you rolling with laughter.

The Wisdom of Prince Philip Book