Six Valentine’s Day traditions and how you can make them work for you!

Some love it, some hate it. Some choose to use the date to say I love you - or even ‘I do’. But do we really know why we use February the 14th to celebrate all things lovey-dovey?

St. Valentine was a Catholic saint executed by a Roman Emperor called Claudius II on the 14th Feb in the third century A.D. Legends tell that he was a priest who married young couples after the emperor outlawed marriage for men that would make far better soldiers than husbands! Another says he helped save Catholics who were imprisoned for their religious beliefs.

However, at the same time, the pagan festival Lupercalia (February 13-15) would see Romans sacrificing goats or dogs and then using their hides to whip their women to make them more fertile. Fortunately in the fifth century, Pope Gelasius I outlawed Lupercalia and officially declared February 14 Valentine’s Day.

So why are so many other traditions now wound in with this special day of love? Here’s why - and few inspiring ideas for your own Valentine too.

Our own hearts don’t look anything like the clean shape we draw in order to represent it. But where did it come from? Experts tell us that it resembles the now-extinct plant silphium found in the African city-state Cyrene, once used as food colouring and a contraceptive! Others say the shape is more reflective of a woman curves…! If you’d like to give the shape of a heart this Valentine’s Day, then here’s one way to do it; the Vintage Playing Card I Heart You Frame. 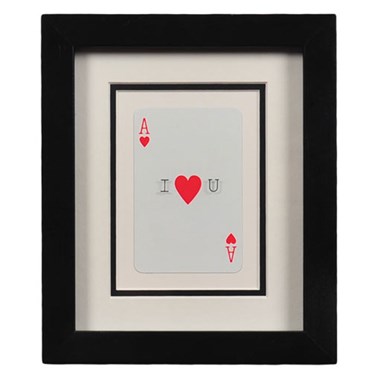 Saying it with chocolates

The original reason that chocolate is given for Valentine’s Day is not an old one. In fact it’s Mr Richard Cadbury that you need to thank! He discovered a way to extract pure cocoa butter from whole beans and added it to the company’s chocolate drink. The process produced more cocoa butter than expected so he put it in “eating chocolate” as well. Add a beautifully designed box and you suddenly have a long-standing tradition! Looking for something a little different? Try our new Valentine's Smash Heart. This belgian chocolate heart is full of sweet surprises. all you have to do is smash it to reveal the surprise!...it's the only broken heart you'll want this Valentines.

In the middle of the 18th century, written or drawn signs of affections were commonplace, particularly as Valentine’s. As printing improved these then changed to ready-made cards. Nowadays approximately 114 million cards are sent out each Valentine’s Day! So why not do something different…instead of giving a card, consider a personalised The Times Frontpage Jigsaw Puzzle! 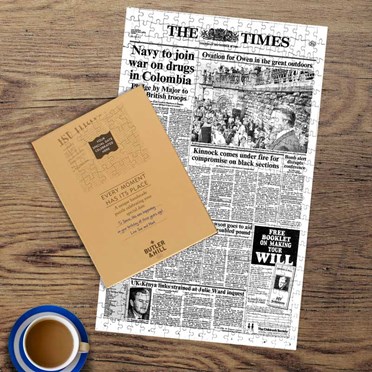 You may not know this, but every year, thousands of romantic people send letters to Verona, Italy, addressed to “Juliet,” the subject and location of William Shakespeare’s timeless romantic tragedy, “Romeo and Juliet.” The letters are answered by a team of volunteers from the Juliet Club with the "Cara Giulietta" ("Dear Juliet") award for the author of the most touching one. But if a love letter to Verona is too wordy, why not give these Love You to Pieces Socks and personalise them with shorter, but just as meaningful message? 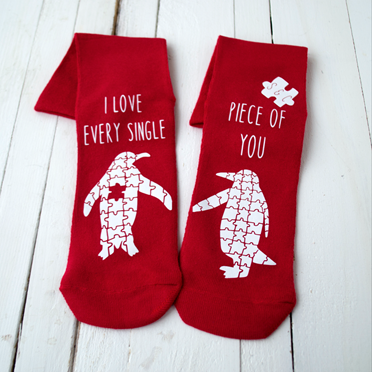 Originally, Italians celebrated Valentine's Day as a festival of Spring, enjoying poetry readings and music before taking a stroll with their beloved. Today, Italians celebrate by exchanging gifts over romantic dinners. One of the most popular Valentine's Day gifts in Italy is Baci Perugina, which are small, chocolate-covered hazelnuts wrapped with a romantic quote printed in four languages. If you’d like to take your loved one out for a romantic dinner, then you can enjoy a once in a lifetime trip to the London with our unique experience; a trip to The View from The Shard and a delicious 3 course meal at one of Marco Pierre White's London Steakhouse Co restaurants. 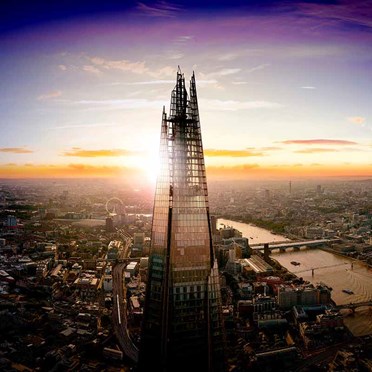 The French are considered amongst some of the most romantic, with Paris being the capital city of love. In fact, it has been said that the first Valentine's Day card originated in France when Charles, Duke of Orleans, sent love letters to his wife while imprisoned in the Tower of London in 1415- signing them ‘from your Valentine’. Today, Valentine's Day cards remain a popular tradition in France and around the world. But if Paris is a little out of budget - then how about a taste (or should that be smell) of France instead with the Le Nez Du Vin White Wine 12 Aromas Kit. Perfect for any wine lover, this luxurious, cloth-bound box includes 12 aromas covering the essentials of white wine to give you a fantastic overview of many of the most common scents found in the world’s best wines. 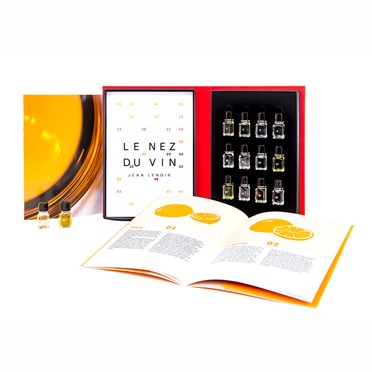