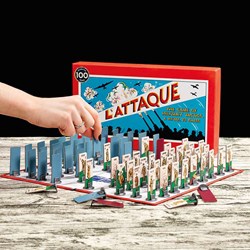 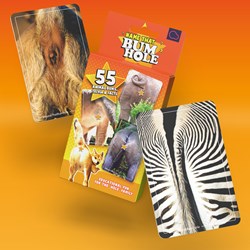 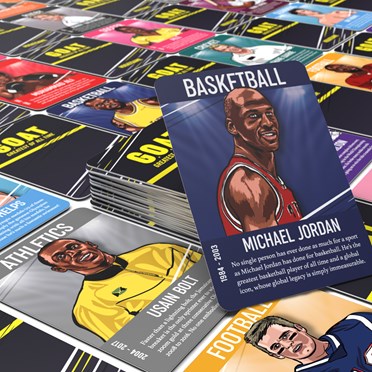 GOAT The Greatest of All Time Card Game: 55 Animal bums

The sporting card game for the world's greatest debate!

We’ve gathered sporting legends and arranged them into categories based on their chosen sport: basketball, American football, tennis, soccer and more. We’re talking titans of their chosen field here.

The aim of the GOAT game is to collect a whole sporting category as fast as you can and quickly grab a trophy card from the centre of the table. That’s 4 cards from the same category before you can go for the trophy.

Get through the rounds to compete in the final, which is a head-to-head showdown. It’s the card game equivalent of sudden death. Be there first to grab the last trophy and the glory is yours. Runners-up, remember: if you’re not first, you’re last!